Melanoma is a serious form of skin cancer that is often deadly if not treated early on. Though those who spend a lot of time in the sun are more likely to get melanoma, it can affect anyone. Therefore, it important that you know some important facts about this condition.

You can get melanoma behind your eye -- and only your eye doctor can detect it.

Melanoma is usually visible on the skin, but sometimes, it forms at the back of the eye. When this happens, you cannot see it in the mirror, and it generally does not cause any symptoms until it is quite severe. Thus, the only person who is typically able to detect ocular melanoma before it's very far along is your eye doctor. He or she can see it when looking into your eyes with a special type of microscope. This is one reason why annual eye exams are important. If you wait three or four years between eye exams, that's enough time for an undetected ocular melanoma to become quite severe and difficult to treat.

Average survival of melanoma has increased drastically over the last several decades.

Around 1950, about 49% of people diagnosed with melanoma survived. Now, about 91% of those diagnosed with melanoma survive. If you have a lesion on your skin and you're afraid to have it checked out because you figure if it's melanoma, you'll die anyways, it's time to change your manner of thinking. Melanoma is treatable, and there's a very good chance you'll survive -- if you start treatment soon, rather than waiting until the disease is in its later stages.

Melanoma can have many different looks.

It's not uncommon for someone to look at a lesion on their skin and figure "that can't be melanoma because it does not look like the melanoma so-and-so had." This line of reasoning is dangerous because melanoma can have many different looks. Sometimes, melanoma looks like a regular mole that changes size and shape over time. Sometimes, it is flatter. Sometimes it is dark, and other times it is paler in color. Always have any moles or marks on your skin checked out by a dermatologist, rather than assuming they're harmless.

Melanoma is now quite treatable, but it's important to seek diagnosis and prompt treatment if you think there's a chance you may have it. Visiting optometry clinics in your area regularly to guard against ocular melanoma and getting your moles checked out should be a part of everyone's cancer screening routine. 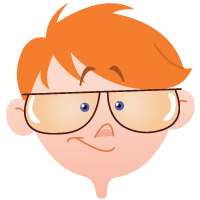 I spend an enormous amount of time working on my computer. As a result, I often experience bothersome neck pain. Thankfully, over the years, I’ve learned effective solutions to my problem. Do you experience neck pain often? Consider visiting your trusted physician. This medical professional might first recommend you get an X-ray on your neck. An X-ray can rule out structural issues with your neck. If your test doesn’t reveal anything wrong with your spine, your doctor might prescribe muscle relaxers. Your physician may also suggest you go to a few physical therapy sessions. On this blog, I hope you will discover simple, smart ways to alleviate neck pain. Enjoy!